“These things I have spoken unto you, that in me ye might have peace. In the world ye shall have tribulation: but be of good cheer; I have overcome the world.” – John 16:33 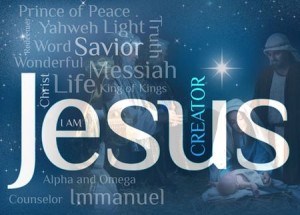 In case you haven’t noticed, I am somewhat obsessed with God’s sovereignty. It is my “peace that passes understanding”. When I don’t have answers or a plan, sovereignty is the sturdy, solid, unshakable bed that helps me sleep at night. And the older I get, the more sensitive I am to sovereignty, as if time has somehow sharpened the focus on my life lens.

Christmas always turns my thoughts to Bethlehem, but sovereignty has me focused much more on the journey than the destination. Limit yourself to Luke 2, and you’ll think that the starting point of the road to Bethlehem was Nazareth, when Joseph and Mary set out in response to the census decreed by Rome (Luke 2:1-4), but zoom the lens out to include Matthew 1 (and throw in a few Old Testament prophecies), and you’ll quickly realize that the journey started all the way back in Genesis.

As Matthew 1 lays out the genealogy of Christ, familiar names jump off the page, many with their own Bible backstory. And one thing is clear – the road to Bethlehem was not an easy one. This road was filled with detours and off-road excursions that didn’t end well.  Let me give you just a few of the highlights:

Although Christ was God Incarnate (Philippians 2:6), the sinless Lamb of God (John 1:29, II Corinthians 5:21), and Emmanuel, God With Us (Matthew 1:23), the line of Christ and the road to Bethlehem is full of real people like you and me. It’s full of black sheep and bad seeds and everything from poor decisions to outright rebellion. It’s full of pain and loss and tears and terror. And yet, God is greater – greater than all of Satan’s roadblocks, greater than man’s refusal to ask for directions, greater than the potholes and pitfalls of sin.

There is absolutely nothing in your life that the grace of God cannot overcome. Bad upbringings, bad memories, bad decisions, bad mistakes – He came to give us victory over all of those things (Psalm 20:7-8, Romans 8:31-39, Acts 2:34-36, I Corinthians 15:57, II Corinthians 2:14). This Christmas, live in that victory. Live in the security of His sovereignty. Seek out the Baby, surrender to the Savior, and let Him overcome every obstacle in your journey.

Are there any areas of your life where you doubt God’s ability to overcome? He is sovereign, and He has conquered sin and death on your behalf. No matter what you’re up against, give it to God and trust Him for victory.