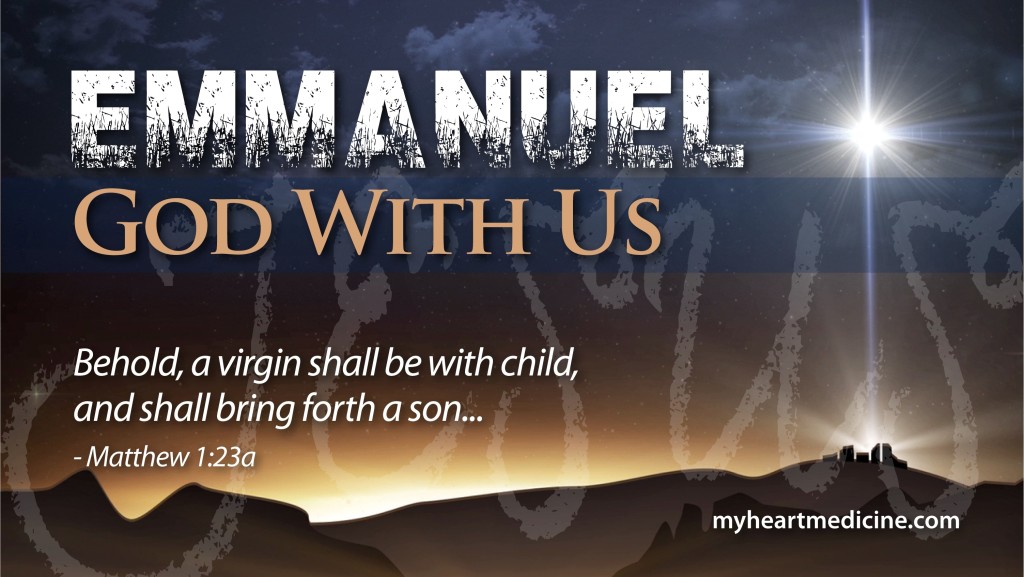 “But thou, Bethlehem Ephratah, though thou be little among the thousands of Judah, yet out of thee shall he come forth unto me that is to be ruler in Israel; whose goings forth have been from of old, from everlasting.” – Micah 5:2

“And it came to pass in those days, that there went out a decree from Caesar Augustus that all the world should be taxed. (And this taxing was first made when Cyrenius was governor of Syria.) And all went to be taxed, every one into his own city. And Joseph also went up from Galilee, out of the city of Nazareth, into Judaea, unto the city of David, which is called Bethlehem; (because he was of the house and lineage of David:) To be taxed with Mary his espoused wife, being great with child.” – Luke 2:1-5

“But when the fulness of the time was come, God sent forth his Son, made of a woman, made under the law, To redeem them that were under the law, that we might receive the adoption of sons.” – Galatians 4:4-5

I am forever working on my ability to say “no”. As a consummate people-pleaser and a frenzied fixer, I tend to commit to more than I can ever possibly accomplish by reasonable means. And more than once, I have driven myself to the brink of insanity, trying to keep promises that no intelligent person would have ever made in the first place.

And yet, I have found that this very weakness has repeatedly drawn me closer to God. When stress steals my sleep, I find myself crying out to Him in the night, begging Him to bail me out yet again, pleading for peace and rest. And in His all-sufficient grace, He never fails to meet me back at square one. Somehow, my faith grows best in the sketchy terrain of over-commitment and inconvenience. And the disruption of sleep is often God gently reminding me that we wouldn’t need our midnight talks, if I had given Him more attention in the light of day.

There are midnight talks woven throughout the first two chapters of Matthew. It’s the kind of clear directives that we all want from God – dreams and angels. It doesn’t get any better than that, does it?

In Matthew 1, Joseph goes to bed no doubt pleading for peace. His bride-to-be has turned up pregnant, and to make matters worse, she seems to have lost her mind as well (Verse 18). She insists that she’s still a virgin, and that an angel appeared to her, and she’s carrying a child from God. Joseph is a great guy, but that’s a lot to take in. Heartbroken, this great guy is planning the kindest and quietest divorce possible, when an angel disrupts his sleep (Verses 19, 20-24).

He awakens with the same clarity of purpose as Mary, proceeding with the marriage and taking his new wife to Bethlehem in response to a Roman decree.

In Chapter two, the wise men stop at Herod’s place to ask for directions (Verses 1-2). Sadly, God isn’t even on Herod’s radar, and he has no idea of the key role that he will play in the fulfillment of prophecy (Jeremiah 31:15, Matthew 2:16-18). All he knows is that his throne is threatened.

Herod attempts to use the wise men to root out his infant rival, but God uses a dream to redirect the wise men, and although they will find the baby in Bethlehem, they never set foot in Herod’s court again (Matthew 2:3-12). Another midnight talk follows, as an angel appears to Joseph in a dream, telling him to gather Mary and the baby and escape to Egypt (Verses 13-15).

But in the midst of all the midnight talks – in the midst of all the amazing appearances of angels and dreams –  there is divine use of the Godless. The fulfillment of a 700-year old prophecy hinged, not on the declaration of angels, but on the decree of a Roman caesar (Micah 5:2, Luke 2:4-5). An angel took news to Nazareth, and angels flocked to Bethlehem to announce Jesus’ birth to the shepherds (Luke 1:26-38, 2:8-15). But here’s what I want you to see – in between angels, a Roman politician unwittingly ensured that Christ would be born in the little town of Bethlehem – just as God intended. And in between angels, an evil and insecure Herod prompted a trip to Egypt  that fulfilled another Messianic prophecy (Hosea 11:1). Pieces of the prophetic puzzle were placed both by angels and by the ungodly (Psalm 115:3, 135:6, Proverbs 21:1, Romans 8:28, 9:18, Ephesians 1:11).

Today, let’s look at our own lives with that undeniable sovereignty in mind. There are moments that God is as real to us an angelic appearance, and there are moments when we seem to be at the mercy of a fallen world. Never doubt that God is in both of those moments. He is working in the ungodly, and even in the inconvenient. He is present in the parade of things that you didn’t plan for, things that have been foisted upon you by seemingly evil forces (Genesis 50:20, Psalm 138:8, II Chronicles 20:6, Luke 1:37).

He is Emmanuel, God With Us (Matthew 1:23), and our sovereign Savior is with us everywhere – in the obvious, in the impossible, and in between angels.

Are you struggling to see God in your circumstances? This Christmas season, ask Him to show Himself to you. Trust that your sovereign Savior is working in everything that concerns you.