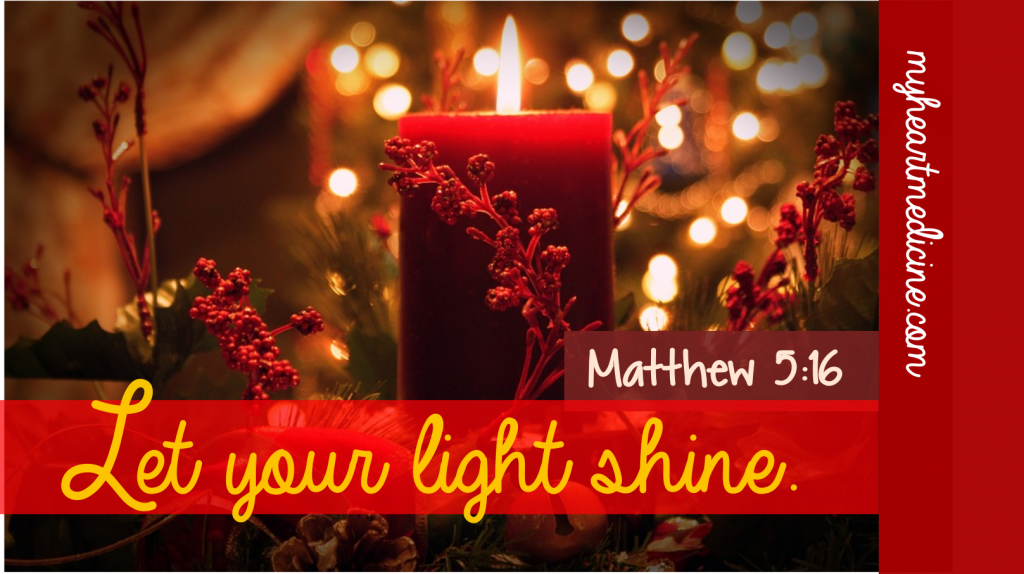 “And all they that heard it wondered at those things which were told them by the shepherds. But Mary kept all these things, and pondered them in her heart.” – Luke 2:18-19

“And Jesus answered and said unto her, Martha, Martha, thou art careful and troubled about many things: But one thing is needful: and Mary hath chosen that good part, which shall not be taken away from her.” – Luke 10:41-42

I’ve got to tell you, I’m loving this Christmas season, and I haven’t baked a single cookie or shopped at the mall. I’m doing a different brand of Christmas preparations this year – preparing for God to work. I’ve had more divine appointments in recent weeks than I can count – people who need prayer, people who don’t know the Lord, people who are struggling at a time that all is supposed to be merry and bright.

Most notably, I was driving home last week after dropping Joey off at school. The streets were slick with snow and ice, and I suddenly realized that a car in the oncoming lane was sliding off the road. Clearly out of control, the car plowed across two lawns, became slightly airborne as it hit the edge of the second driveway in its path, and then crashed into a 20-foot tall pine tree, snapping the tree trunk and causing it to fall on top of the car. Realizing I was the only other vehicle on the road, I turned around and went back. The crashed car was completely hidden from sight by the pine tree spread on top of it, and there was no visible movement underneath. Calling 911, I prayed frantically, not knowing what I would find in that car. Thankfully, the driver sustained no serious injuries, and before the first responders arrived, I had the chance to tell a young man that God’s hand had been on him.

The opportunity was unexpected, and could have been easily missed. In truth, I wish I could have said more, but the window was small and emotions were high. But I thank God that my heart was prepared that morning.

In Luke 2, Mary has a small window to meditate on the wonder and the works of God (Verse 19), and she demonstrates the kind of preparation that we need to ready and steady ourselves for our divine appointments this Christmas. The shepherds have just left. They came into the stable “with haste”, probably gushing with descriptions of the angelic host and the details that brought them directly to the baby Savior in downtown Bethlehem (Verses 12-18). Now, they’ve left with just as much exuberant hurry, anxious to spread the news (Verse 20).

But Mary has taken a moment to ponder. As women so often do, she is connecting all the dots in her head – the angelic announcements, the prophecies, the promises, and the faithfulness of God. And she is so wise to do so, because let’s be honest, God is hardly done using her. This ordinary girl has an extraordinary Son to raise. She will be one of His key followers and supporters – and one of the few to be faithful enough to be with Him when He is on the cross (John 19:25-27).

And a few chapters later, we meet another Mary (Luke 10:38-42). This one is the sister of Martha and Lazarus, and the one who will eventually break her alabaster jar to anoint the feet of Jesus, just days before His death (Matthew 26:6-13, John 11:2). But in Luke 10, Mary is on the bad side of her sister, Martha, who like so many of us, just wants to be the hostess with the mostest (Verse 40). Mary is “sitting at the feet” of Jesus, a Jewish cultural term for learning through conversation, questioning, and thoughtful reasoning with a Rabbi (Verse 39). And while Martha wants to prepare the meal, Mary is preparing her heart for all that God wants to do, and Jesus confirms that Mary has found the one thing that is needful (Verses 41-42, Psalm 42:2, 143:5-6, I Chronicles 16:8, Isaiah 1:18, Romans 15:13-14).

Christmas is a window – a brief window where hearts are tender, needs are raw, and Jesus has significance – even to those who don’t know Him. My plea to you – take the time and make the time to ponder Who He is, all He has done, and all He wants to do. Put Christ in the forefront of your thoughts, and He will open a window of works for you to do, lives for you to touch, hearts for you to change (Matthew 5:16, Ephesians 2:10, Colossians 1:10, II Timothy 3:16-17). Pondering is praise. It’s embracing the peace of God. But pondering is also preparation – to give the gift that really matters.

Ask God to show you the window. Ask Him to prepare your heart for the works that He has already prepared for you to do this Christmas. Ponder His goodness so that you can pass it on.