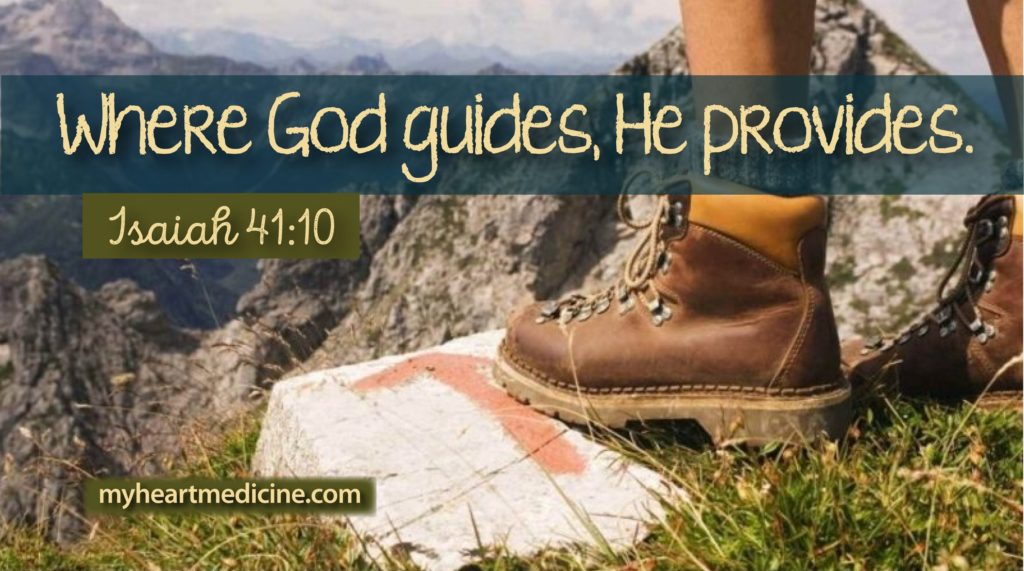 “Have not I commanded thee? Be strong and of a good courage; be not afraid, neither be thou dismayed: for the Lord thy God is with thee whithersoever thou goest.” – Joshua 1:9

“And it came to pass, when they were gone over, that Elijah said unto Elisha, Ask what I shall do for thee, before I be taken away from thee. And Elisha said, I pray thee, let a double portion of thy spirit be upon me.” – II Kings 2:9

The Lord God hath given me the tongue of the learned, that I should know how to speak a word in season to him that is weary: he wakeneth morning by morning, he wakeneth mine ear to hear as the learned. – Isaiah 50:4

This was the summer that Joey discovered BMX racing. Being one of those fearless, non-stop kids who practically lives on his bicycle, he took to it right away, and by September, we were driving to Long Island for the state championship. The trip home took us through the heart of New York City, and Joey was wide-eyed the whole way. But the part that most caught his imagination was the drive through Chinatown. He’s since taken to telling people that he’s “been to China”, and there’s no convincing him otherwise. Joey knows what he saw from the window of our rental car, and in his 7-year old mind, it was the real thing.

In II Kings 2, Elisha knew that Elijah was the real thing, and he craved an anointing that equaled and even outdid his mentor. Elijah was incredibly used by God during the utterly God-less reign of Ahab and Jezebel. Now, having outlived Ahab and his son, Ahaziah (I Kings 22, II Kings 1), Elijah is taking his last journey, knowing that God will soon take him home.

We don’t quite know how, but all of the prophets knew that Elijah’s time was short, including Elisha – and this intern isn’t going anywhere. Three times, Elijah tries to leave Elisha behind (II Kings 2:2, 4, and 6). Twice, the other prophets try to discourage Elisha (Verses 5 and 7), but Elisha is sticking to Elijah like glue. And while 50 prophets watch from the cheap seats on the other side of the Jordan, Elisha follows God’s man across the parted waters to ensure his front-row seat and his final request (Verses 7-9).

Having passed the “how bad do you want it” test, Elijah asks Elisha exactly what he wants, and Elisha doesn’t miss a beat. His request for a double portion sounds selfish when taken out of context, but in the context of eternity, it is a request that touches the heart of God (II Kings 2:9-10).

You see, the whirlwind was coming, and Elijah would soon be gone (II Kings 2:11-12), and at a time when the kingdom of Israel still rotted in the hands of evil kings (and Jezebel was still the queen mother), Elisha was going to immediately step into the very big shoes of Elijah. And with his mentor gone, he desperately needed the anointing, the equipping, and the Spirit-filling that only God could provide.

In that culture, “the double portion” was the inheritance given to the firstborn son (Deuteronomy 21:17), and it was a package that you couldn’t even put a price on. It was right and responsibility and power and authority. It was an immediate anointing to accomplish whatever needed to be done. Elisha knew he would inherit Elijah’s title (I Kings 19:19), but the job required so much more than that – it required the unparalleled power of God (Isaiah 41:10, Zechariah 4:6, Acts 1:8).

So what’s the implication for modern-day Christians like you and me? Does the double portion mean Cadillacs, condos, and mountains of cash? No, no, and most likely, no. It means that God is a Good, Good Father Who never leaves us less-than-prepared for the work that He wants us to do (Ephesians 2:10, Philippians 2:12-13). And His heart is touched by those who follow hard after Him, seeking His face, chasing His will, and longing to be His most faithful and trusted servants (Psalm 42:2, I Chronicles 16:11, Jeremiah 29:13, John 15:4-5).

And remember that Elisha asked for a double portion of Elijah’s spirit. In recent weeks, I have taken to asking God for a double portion of the spirit of those who have mentored and ministered to me. And I’m convinced that God delights in that request, because it’s really just a prayer to be more like Him. Those people are simply the tangible evidences of God’s goodness in my life.

I don’t know about you, but I so want to be the “real thing” – not the richest, not the coolest, not the bestseller or the fan-favorite – but the faithful, profitable, ever-chasing, ever-seeking servant of God (Matthew 25:21, II Timothy 4:11). I want to stick to God like glue, so that I never miss the opportunity to go where He wants me to go. And I want a double portion of His Spirit, so I can do what He desires, and He can do what He desires in me.

What has God called you to do? Know that He will never leave you unprepared or ill-equipped to do His will. Chase Him. Stick to Him like glue. And He will use you in spite of you.