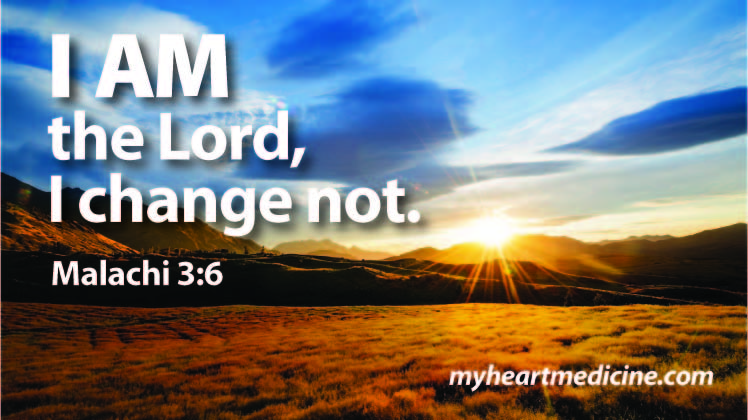 “And God said unto Moses, I Am That I Am: and he said, Thus shalt thou say unto the children of Israel, I Am hath sent me unto you.” – Exodus 3:14

“God thundereth marvellously with his voice; great things doeth he, which we cannot comprehend.” – Job 35:7

It finally happened. Here in my 51st year, I have become the old coot who forever wants the noise turned down. I used to be the kind of multi-tasker who could have endless media going at once – music over here, a news show over there, all while typing away on my laptop with more windows open than a station wagon in July.

But now – especially right now – noise unhinges me. There are few forums where every minute isn’t a fight for the floor, every voice isn’t raised, and every exchange isn’t tense. Voices and noise are everywhere, but this old coot is making a deliberate effort to turn them all down and tune them all out. There’s only ONE VOICE I want to hear right now, because, while it may not be audible, it is unmistakable and infallible.

In John 18, Jesus speaks in a voice that is all three of those things – audible, unmistakable, and infallible. It’s a moment that is easy to overlook – only John records it in his gospel. And you have to do a little digging to fully understand its significance, but it will leave you with the impression of a Voice that is like no other, and most importantly, One that drowns out all the others.

The scene is the Garden of Gethsemane. Jesus steps over a brook (John 18:1), ironically, the brook that carries the lambs’ blood of daily sacrifices away from the temple. Having submitted completely to the Father’s will and the imminent cross, and having prayed for His disciples and for us (John 17), He then stands His ground as Judas approaches in the darkness (John 18:3).

And of course, Judas is not alone. The chief priests and Pharisees have come, accompanied by their own Temple Guard, as well as Roman soldiers. Some scholars estimate that there were anywhere from several hundred to over a thousand soldiers in Judas’ “band of men”. But more significantly, Satan himself had entered into Judas (Luke 22:2-4, John 13:26-28). It was another garden showdown between the devil and the Second Adam (Genesis 3, Romans 5:14, I Corinthians 15:22). But unlike the first Adam, Jesus wasn’t just the image of God – He WAS God Genesis 1:27, John 1:14, 10:30).

And that leads us to the awesome moment. Face set like a flint, Jesus starts the conversation, immediately bringing all eyes His way. And then, He responds to their inquiry as to the whereabouts of Jesus of Nazareth, and several hundred soldiers go down like bowling pins in a tenth-frame strike (John 18:4-6). The chief priests and Pharisees think they’ve been waiting for years for this confrontation, but heaven has been waiting much longer, and their show of force is met by a show of the real power inside this self-sacrificing Savior.

The original Greek text shows that when Jesus said, “I am he,” He used the same wording that came straight from the burning bush, when God told Moses, “I AM that I AM” (Exodus 3:14).

It’s more than just a matter-of-fact statement. It is THE Voice – a reminder that no matter how men seem to be running the show, God is still God, the great I AM, no matter how meek and mild He may appear or how He has chosen to mute His power in the moment.

Unplug from what you know is unholy. Turn down the noise, tune out the world, and listen for HIM.

I’ll say it again: unplug from what is unholy. Stop letting the world whip you into a frenzy. Spend time in conversation with God and let His voice calm YOU in the middle of the storm.